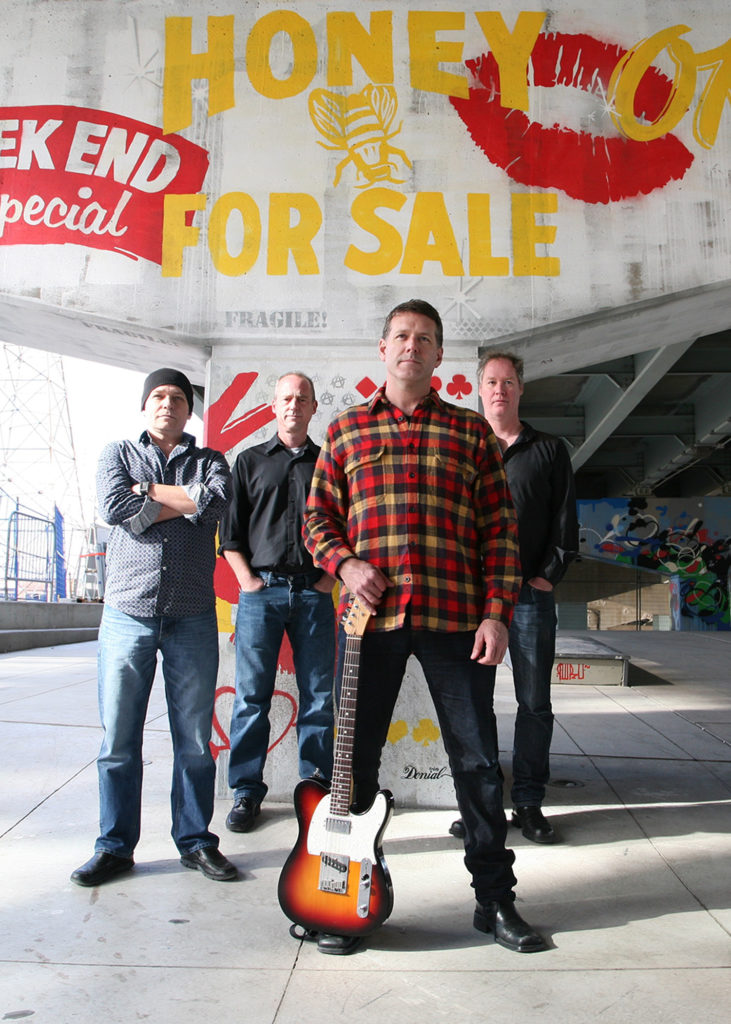 REDLIGHT RANCH was named after the storied East York brothel where they played an extended engagement as the house band, providing the soundtrack for countless illicit affairs and political wranglings. Originally formed as a private Super Group by a (now deceased) home candle sales mogul, the band has been hard at work on their debut album, Skyline Motel, scheduled for release early in the 2019.

The members of REDLIGHT RANCH were raised on a steady diet of Classic Rock, John Hughes movies and sugary cereals, and they wear their influences on their collective sleeve: The swagger of the Stones, the thundering rhythm of Zeppelin, blistering guitar leads from the tallest Marshall Stacks and the heartbreaking poignancy of The Go Gos. But like all great alchemy, the output of REDLIGHT RANCH is far more potent, mystical and dangerous than the sum of its ingredients.